Trending
You are at:Home »Junior School »9 dos and don’ts when your child challenges your decision
This blog has been viewed by: 4,231

Remember when you were little, you longed to be older so you could take your own decisions and lead life on your own terms? Sleep when you want, eat what you want and wear what you want. Children have a need for power. They are always testing the waters, trying to exert their power over others. The need for power is normal but not when a child uses it in a negative way. Power-seeking children like to make their own rules. And inevitably adults find themselves being drawn into arguments with these power-seekers.

Here’s what you should or should not do when dealing with your little smart-mouthed lawyers:

Simply don’t argue — leave: Go to your room or get busy with something. More importantly, do not lose your temper. Getting angry will send a message to your child that they have power over you. And thereafter, they will always try to get under your skin. Be ready with a set of consequences if your child fails to cooperate. But never punish in anger and ensure that the consequences of the misbehaviour are fair. 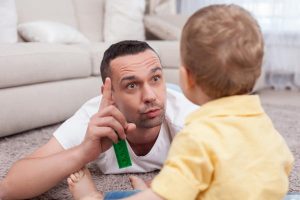 Power vs Authority
When your child argues, do not try to control but rather emphasise co-operation. Staying calm and rational despite the maddening situation is what will give you the edge over your child’s tactics. Express your expectations and the consequences of non-cooperation clearly. No ultimatums. Try to motivate them to co-operate.

Let them cool off: Realise that an upset child is not a good listener. Reasoning will just not work. Wait until he/she cools off. You may also use this time to strategise.

Do not look for reasons: Do not ask your child why he/she misbehaved the way he/she did. A question like that suggests that there is a reason for misbehaviour. Children don’t always have a reason to misbehave. If they give you a reason (probably a very creative one) and you do not accept it, you may end up with a power struggle that you wanted to avoid in the first place.

Don’t Scream: If your child is arguing it is bound to raise your temper. However if you yell he/she will calm down and stop arguing. But don’t fool yourself into thinking the problem is solved. Your child has not learnt to solve the problem that started the argument. So the argument will happen again until you find a better solution than yelling. Even when they are arguing amongst each other be calm and help them reach a settlement. 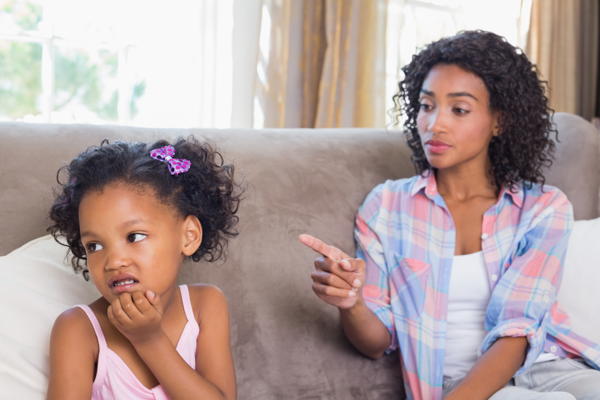 Teach them to appeal: Sometimes, children will argue for the sake of arguing. It becomes a habit. So create a rule wherein the child can appeal to your decision after a certain time. This will teach them to hold their tongue and not argue at the drop of the hat. Children feel frustrated when their opinions aren’t heard. So when everyone is in a good state of mind, sit down and hear them out.

Be consistent: When you make a decision, stick to it. Or the child will feel everything can be negotiated if he/she argued enough. Before you say a yes or no to something, take your time to collect all info on the matter at hand and make your expectations clear. Once you have made your decision and your child adds another condition to the deal, it is not called negotiation. He/she is just trying to navigate around your decision. Resist giving in.

Be the role model: If you are faced with a situation wherein an outsider has misbehaved or done something to upset you, stay calm. Tell your child how you are staying calm even though you are upset. It’s a way of teaching them that there are better ways of dealing with an unpleasant situation than arguing and being aggressive.

Reasoning with a 5-year-old, really?: Your 5-year-old son wants a robotic transformer. Instead of saying a simple no you go on to explain why he can’t have one. He will come back with a dozen, phenomenally creative arguments on why he cannot live without one. You are now responsible for starting this argument. A 5-year-old child cannot be expected to accept reason so easily. So just say no calmly and move on. Reason with him when he is at least 12 years old, keeping in the mind the above strategies.

Teaching a child to co-operate and to avoid arguing over everything will encourage his/her problem-solving skills. And remember that a child who seeks power or argues is also independent, self-reliant and decisive. So fret not, you are moulding a possible leader of tomorrow.