Trending
You are at:Home »Junior School »Detecting emotional problems in children
This blog has been viewed by: 31,700

Raghav* is a usual 9 year old. He is an active child with many friends at his school. His mother, a single parent, has put Raghav in a well reputed school, involved him in numerous hobbies and sports, and spends the weekend with him. Everything seemed to be going good, but over the past few weeks, Raghav seemed to have become a little quiet. His academic performance also started declining. He started complaining of a stomach ache and the doctors could not find any cause. This stomach ache would increase in the afternoon. His mother was worried and consulted a counsellor. Sessions with Raghav revealed that he was being bullied by an older boy during coaching. This had lead to severe anxiety and a drop in confidence and self esteem. When he tried to tell his coach, he was called a sissy. So Raghav decided to keep this to himself. The stomach ache that he complained was a sign of his emotional anxiety and a way for him to guard himself against being bullied. Luckily the cause was found out before it became more serious.

Emotional, psychological and behavioural health is an important part of every child’s healthy development and well-being. So what are these emotional or psychological problems to look out for? Emotional problems occur due to stress, traumatic events and the child not being able to cope with new or difficult situations like seen in Raghav’s case. Such disorders include anxiety disorders, eating disorders, and complaints of physical illness with no apparent cause, depression, and other disorders found in adults

To understand the child emotions, it is important as parents and caregivers to understand that children often respond to emotional experiences and stressful events in ways that are very different from adults. They understand, think, and talk about their experiences differently from adults as the capacity to think about and express their emotions is not yet well-developed. So it is very easy to overlook emotional pain and psychological disorders in children, even by professionals as seen in the case of Raghav. And if not handled in time, they can turn in to lasting psychological disorders.

But there is some good news! If emotional and even psychological problems in children are detected early on and the needed intervention is given, there can be a very positive effect on outcomes for children; even with serious disorder. Like in Raghav’s case, due to the parent’s quick reaction to what she noticed, the root cause was detected and action was taken to protect Raghav from the bully. Also psychological support helped him recover his confidence and self esteem. Like in medicine, Psychological first-aid can help lessen the impact of the stressful event.

As early detection is important, to detect such disorders, there are some basic warning signs to keep in mind:

Although many enduring mental health problems have their origins in the early years, many behavioural or emotional difficulties in children and even adolescents are temporary. For example children may become moody or show extreme emotions during puberty. These are normal changes and sort themselves out as the child matures. If you do see any of the signs mentioned above, keep the following in mind before labelling the child with a disorder as labelling can be as or more harmful to the child’s health and well being as any disorder: 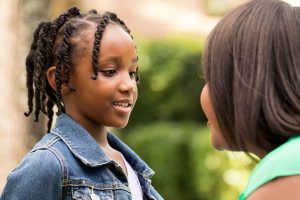 With childhood emotional problems or disorders, the child will need some form of therapy and may even need medication. And if therapy starts early, the child can be helped to cope with the problems and overcome them to a large extent. For example in case of Asperger’s syndrome, the individual faces difficulty in social interactions. But if training and therapy starts early, the person can overcome awkwardness to a large extent.

Emotional problems can be treated before they become disorders, but there is no sure way of avoiding emotional problems in children. We can work at prevention by helping children becoming emotionally stronger and have confidence to be able to cope with stress and change.

As a parent or caregiver, it is also very important that you listen to the child. At times it feels like the child is over reacting or is asking for attention. Always start with giving a lending ear. In Raghav’s case, if the coach had actually heard his plight, he would have been saved of a lot of pain and suffering. So it is important to give children time to express themselves. Give the child a safe place to speak, a place where they are not judges or criticized. Reassure them. This will make them feel strong and confident and they will not be scared or shy to discuss their problems with you.

Never avoid a problem. If you notice anything unusual, consult a professional. As mentioned, earlier you detect a problem; the better will be the outcome. As a parent, go with your instincts on what you feel is right. But do not transfer your anxieties to the child. With children, problems will arise every day, talk to other parents about how they deal with such problems and learn from each other’s experiences.

It is important to remember that children will not tell you what is bothering them like adults would. They might make absurd stories, draw what they are feeling or act out. Do not overlook this as whimsical fantasies or attention seeking. Try to look for causes behind anything unusual. And finally by making children feel that they are heard and by reassuring them despite adversities, we can help them become emotionally strong and able to cope with daily stresses of life.

If you realize that your child is suffering from a psychological problem, do not let stigma get in your way of getting your child help. Many children and adults today have been through psychological distress and have overcome it as they got the right help at the right time. It really does not matter what others think. Your child’s well being is most important. So be alert and help your child have a mentally and physically healthy life!

Suggested reading – PinkBook: The future of the NHS paper red book and Mental Health in Children and Young People

Tamanna Chhabra is a Clinical Psychologist from New Delhi. She specializes in child and adolescent mental health. Her areas of interest are effective parenting, early childhood attachment and social relations, expressive art therapies and children in difficult situations . She loves to travel and when she is not working she is exploring different cultures and cuisines.