Trending
You are at:Home »Featured »Is A Healthy Belly Tied To A Healthy Mind?
This blog has been viewed by: 508

“You Are What You Eat”

About 4 in 10 people experience digestive issues at any given time, according to the NHS. While much is caused by poor nutrition and dietetics, scientists identified a connection between the gut and brain.  This blog is all about Is A Healthy Belly Tied To A Healthy Mind?

The enteric nervous system (ENS) is the group of cells that runs from the esophagus to the rectum. The ENS function is controlling digestion by releasing enzymes to process food and allow for proper nutrition absorption. It is the gut-brain, although it doesn’t think as the brain does.

The second part of the equation is the central nervous system or CNS, the spinal cord, and the brain. The brain’s four main lobes are the frontal, parietal, temporal, and occipital, each composed of many different regions. The brain is responsible for all of the body’s functions, such as the five senses, movement, coordination, memory, heart rate, breathing, decision making, attention, planning, and more.

Researchers and scientists know that the brain affects the gut. A prime example is how some people get physically ill when faced with the thought of public speaking. Mental conditions such as anxiety or depression are factors in how the gut functions. Recent studies show that the relationship goes both ways – that belly health also influences mental health.

Before digging into it, you must know a few simple concepts.

The brain-gut axis: there is bidirectional communication between the gut and brain. As the National Center for Biotechnology Information (NCBI) has explained.

Dysbiosis: is a condition characterized by a decrease in microbial diversity and an increase in proinflammatory species. Dysbiosis has been observed consistently in autoimmune diseases.

How does it actually work? The microbiota is unable to protect your body from pathogenic organisms, triggering inflammation and producing genotoxins or carcinogenic metabolites. When metabolism is affected, it disturbs your mental health. 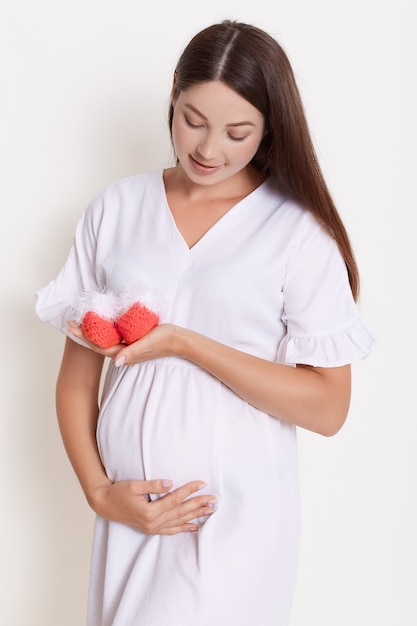 The microbiome consists of genetically populated microbes inside and outside of the body. Babies start with no bacteria but quickly receive microbiota from the mother. This means the diet of a pregnant mother directly influences her baby’s digestive health. A maternal gluten-free diet increases good bacteria in the fetus’ gut, thus leading to a better immune system, reducing chances of diabetes and inflammation.

Also related to pregnancy health is the concern for prenatal and postpartum depression, a widespread occurrence. This happens in 1 in 5 women and often produces long-term damage to the mother, child, and the family. During pregnancy, untreated mental disorders affect birth weight, cause premature birth, interfere with mother-infant attachment, and increase the risk of malnutrition in babies.

Genetics also plays a key part in the microbiome. As reported by the Open Journal Access, there are two separate genetic make-ups; high gene count (HGC) and low gene count (LGC). The HGC group was better able to fight off metabolic issues and obesity, while the LGC individuals were inclined to develop inflammatory bowel and other related disorders due to the presence of pro-inflammatory bacteria. This gives further inclination to the idea of probiotics and a gluten-free lifestyle as a factor in preventing gastrointestinal problems.

There are many schools of thought on the benefits of a gluten-free lifestyle. Doctors agree that gluten-free diets are the best course of action for patients with Celiac Disease and are helpful among those with other inflammatory gut illnesses. It appears from the studies cited here that the inflammation in the gut is related to mental health. With that being said, it makes sense that any foods that cause pro-inflammatory bacteria are best eliminated from the diet. It is best to check with your doctor before making any diet changes to ensure proper nutrition needs are met.

nhs.uk – Common Digestive Problems and How to Treat Them

umassmed.edu – The Correlation Between Pregnancy and the Gut